If you're looking for some inspiration to get off the couch and into the gym then listen up because today's interviewee will knock your slippers off (and make you want to put your gym shoes on.) At just 20 years old Rosie O’Shea has already spent more hours in the gym than all our team combined, she probably can lift the weight of all of us combined too!

So we know what you're thinking, Who is Rosie and what steroids is she on? Well the answer to that is - she’s a 20 year old Christchurch gal, studying a Bachelor of Arts whilst also living in the gym feeding her exercise passion as well as body building. And before it even crosses your mind, no she isn't on any steroids - her toned, muscley, natural physique is made up purely from a sh*t load of hard work and determination.

How exactly did 20 year old Rosie end up being a bodybuilder? It is no surprise that Rosie has been living and breathing fitness from a young age. She used to play elite basketball, she even represented New Zealand as captain of her basketball team on their Las Vegas tour! An experience she says she will never forget and will always cherish (even the weeks leading up to it, which consisted of over 25 hours of training - wow!). Rosie was actually set to go over to college in America on scholarship for basketball but was soon diagnosed with rheumatoid arthritis in her lower back so had to say ‘see ya’ to the American College dream and decided to give up basketball.
​​
But as they say “everything happens for a reason” which is exactly what Rosie found out when she decided to do something for herself - becoming a gym bunny. This swept her into body building which you'll be glad to hear, makes her way happier. She also had her top role models by her side - herself, and her Mum. Two people she could always count on.

​To top it all off she's found her second family through body building. They  inspire and support her - this is her crew at Supplement Solutions team and her teamnextlevel family. You know what they say… every good sports person has a top support network and coach behind them.

It hasn't all been smooth sailing for Rosie, like the rest of us Rosie has faced and still faces, challenges. In particular these are mostly associated with wanting to please others or doing what she thinks will make others happy and not what she actually wants, a very relatable issue for many of us. It’s incredibly tough being ‘different’ (or as we like to say being your true genuine self) and Rosie sadly cops hate for not fitting in to the stereotypical norm. She gets mocked, made fun of, questioned about steroids, judged and the list goes on. But being the mana wahine she is she's been working on not letting others negative remarks get to her and has been getting better every day.

If you have ever met Rosie or even had a scroll through her Insta (@rosie.oshea) you will see she is all about promoting self acceptance no matter what stage you are in, she literally radiates positivity. Isn't she amazing? She says...

“It’s so important to always love yourself.”

We think this chick has a pretty bright future ahead of her. After completing her degree future Rosie would like to either be pursuing her passion for fitness or have a job relative to her degree which is based around human services and sociology. She has amazing people skills so it is no surprise that she would love to land herself a  job that is focused around helping people whilst applying her fitness background too, afterall you have to follow what's important to you.

In terms of money, Rosie says “whatever”. She is well aware that the degree she is studying doesn’t pay as well as other degrees, but has a bang on perspective that she would “rather have a job I'm happy with that’s lower paying over a higher paying job that I don’t get to help people like I want to.”

On the other hand, of course she would love to see herself competing internationally in body building (so remember the name ladies as we’re sure we will be seeing it beside the Silver Fern again someday soon). But most importantly of all her #1 goal through her journey is to show and influence women to be the best versions of themselves and not worry about what other people have to say about them! She’s also committed to breaking past gender norms of how females should look and to influence us all to see that strong is beautiful - GO GIRL!!

Rosie has the most amazing attitude, and we think her definition of success is pretty kick a$$ too… 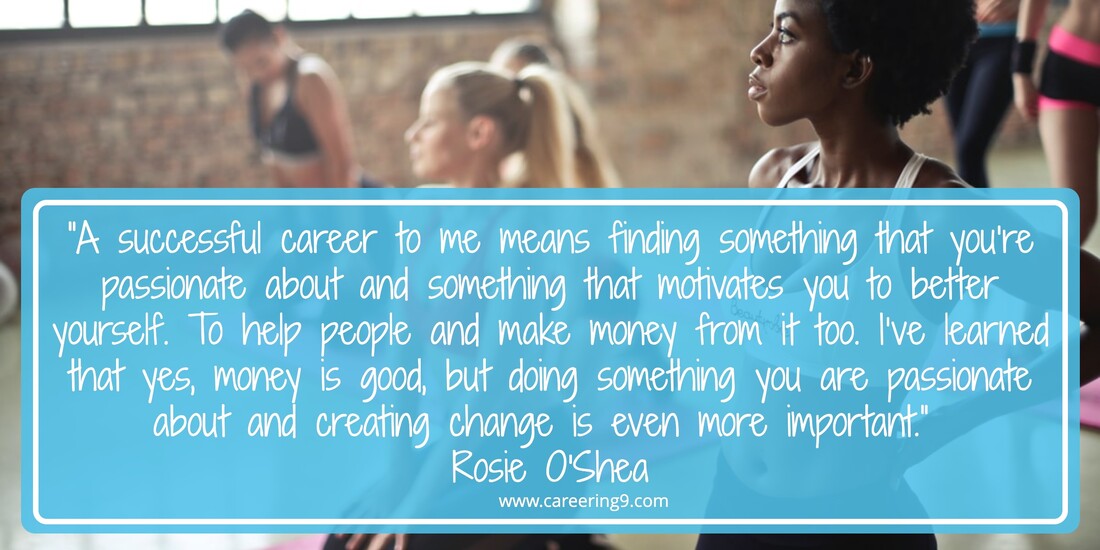 Now it's time to grab your notepads and a pen because coming up are some incredible words of wisdom from Rosie.

Rosie would be lying if she said it's easy to balance her passions and she lives a crazy, full life but luckily she's implemented some top strategies to ensure its mostly smooth sailing.

Some of these include: making lists, getting to the gym no matter how crazy everything else is as this is her escape and stress reliever and putting in the effort to see the people important to her even if it does take a lot of effort , as she says…. “what you put into something is what you’ll get out of it”.

But when the inevitable bad days do strike, Rosie’s go-to saying is “worse things have happened to better people” -  it's a great way to put things into perspective. She also simply reminds herself that other people would kill to be where she is and that there’s always someone
who wished they had what she (and all of us) think is ‘normal’. So appreciate everything you have got. Such an old soul on young (toned!) shoulders.
To stay ‘good vibes only’ Rosie takes time to simply just breathe or goes for a stroll to clear her head (try it - it works!). Even when others throw her hate, supergirl Rosie has an excellent approach of thinking of all the wonderful people who support her and bring her up rather than those trying to bring her down, she also gives herself lots of #selflove (because who cares if others don’t like or support you if you love yourself, right?).

Now for some life advice from a fitness guru who walks the talk: Rosie says

We can not possibly let you go without a wee bit of fitness advice too. Even if you're not a fitness person whatsoever it is still so important to incorporate a bit of activity into your lifestyle in some way, shape and form. Whether it's going for a walk, doing a gym class, skipping, swimming or doing jumpjam, do what works best for you and your circumstances. Find activities you enjoy and you are motivated to do. Don’t force yourself to do things you don’t enjoy just because you want to lose weight etc, do what you enjoy.

That’s the same with food, eat what you love! You don’t have to work out every day to be healthy, it can be two or three times a week. You just have to stop using the ‘too busy’ excuse. Even the busiest person ever could still find ways to be active by making small changes and smarter choices: walking places rather than driving, grabbing a takeaway coffee and going for walks with friends rather than sitting in a cafe, it's all about planning and prioritising.

For all of you who were so inspired by Rosie’s words of wisdom that you're now itching to get right into the fitness industry, listen up now! You can't base your progress on anyone else's.

​"It’s about YOU, nobody else. Always be yourself and don’t change for anyone, people respect originality."

Rosie suggests getting a good coach - one you trust and one that understands your body, then you can figure out what works for you. Most importantly though look after your mental health as well as your physical health.

And lastly, good things take time, don’t expect instant gratification, slow and steady wins the race (as much it sucks going to the gym once and not getting a six pack immediately after) 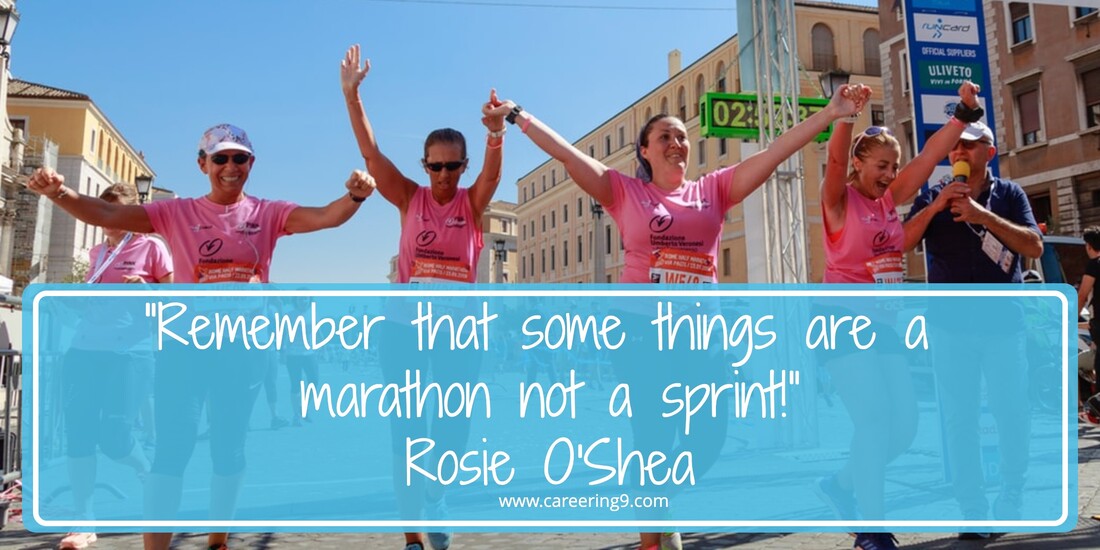 ​Be sure to follow Rosie’s journey and join her mission to champion women of all shapes and sizes. We are absolutely cheering her on (from home for the next four weeks, in between YouTube work out videos .. honestly!).
Autumn 2020
Watch this space! There's a tonne of content being moulded for you which will make it's way here in the coming months so be sure to flick us a LIKE on Facebook to keep up with the latest and greatest.