Are there many women in TV in New Zealand? Most people are likely to answer that question with “Yes, of course!”. But these answers only refer to the ones in front of the camera. Behind the camera is another story. Only 6 to 7% of screenwriters are women, and there are only two female Directors of Photography in New Zealand.

​One inspirational character is Brough Johnson, a Film and Television Editor (check out her impressive list of credits here, which include shows like Westside, Go Girls and The Blue Rose). She's also the founder of Narrative Muse - a website that showcases the storytellers behind women-driven literature and cinema. Her passion is to publish books and films written and worked on by women.

Brough grew up in the United States, and interestingly, as a child, she was only allowed to watch television on the weekends, which she watched Dawsons Creek (oh my!) but for the most part, she spent with her friends instead. So how did a career in film and television become an option when that wasn’t a large part of her early life? Brough went to a large school which it’s own television station, including a broadcasting booth (cool!). She says that she had no idea what took her to that studio, she just recalls for certain that when she went, something clicked, a pull to know more and she knew she had to spend more time here. This was reaffirmed over time, when she kept noticing how inspired she was when involved with film and television, and soon knew that telling a story with moving picture was going to be part of her future.

Attending a workshop teaching camera use and framing techniques, led to a deepening of her passion and Brough still thinks of that particular workshop whenever she is behind a camera. Amazing how one moment can set in stone a path for the future, and can really shape our lives.
We ask every woman we interview about their past views on success, how these have changed over time, and what they would define success as today. For Brough, as a teenager, success was “women in power suits” and “it was all about being respected”.

However, this has changed significantly over time and she realised that for her, success changes every day. Her passion is to have an impact on the world and the question is whether she is adding to it every day. What a great definition of success, and one that allows Brough’s creativity to develop as her vision comes to life.

On top of that she reminds us that it’s okay to be realistic about the challenges faced when being an entrepreneur, she says that “being in an entrepreneurial space is a tough one, because on a day to day basis you have to check in with yourself … it is easy to question whether the pain and energy is all worth it”. Many of you might feel this way, it can be tough when carving a new pathway or stepping outside your comfort zone, but it is safe to say that if you are doing something you are passionate about, keep on truckin’, it is worth it! 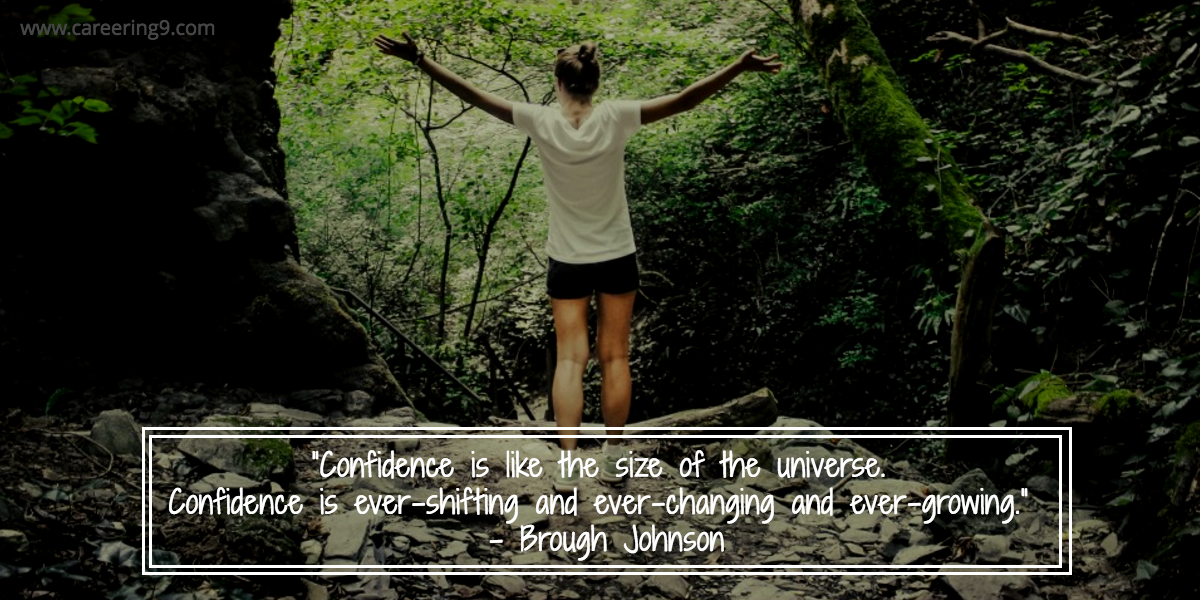 ​In her world, Brough notes that a lot of people that choose a career in film and television are idealist, creative people. They’re people who are driven, emotionally connected, and understand human feeling. It’s so true that the best films are made by people who are incredibly aware of the reality of the human condition and understand the depth of the circumstances.
​
The reality is though that women are under-represented in this industry – and Brough reflects, noting that perhaps if she had known at film school that the numbers are stacked against her, she wouldn’t have done it. What a great reminder to be bold and go ahead anyway, especially when it’s your passion!

While talking to Brough, the conversation covered some varied and interesting topics, and it was great to get another perspective on things. This is a great reminder -  something simple like initiating a conversation about money with your family and friends can have such huge impact on your overall financial confidence, especially because it’s hard to have confidence about something you’re unclear on, afraid of, or you do not talk about.
Brough believes that finances, cooking and nutrition should be taught in schools more – we totally agree! Understanding these areas, ones we touch daily throughout our adult lives, gives crucial life skills.

She’s also an influencer in a much-needed cultural shift, one that sees gender equity and inclusion, Brough says this “has to happen” because “women aren’t recognised as equals in all forms of society.”  This includes raising awareness of, and encouraging a step away from women taking up less space than men - in the form of having smaller voices, less confidence and not being the full versions of themselves.

Women are under-represented in all areas, such as in the Government, Public Sector jobs, on Boards and many other industries. Brough herself wants to change the film, TV and book industry, but thinks that “it is going to take all of us to change. All the Reese Witherspoons, all the Jessica Chastains … we just need an army to do the work.” – and isn’t it wonderful to see these tribes of women locally, and off shore, banding together to do so? An essential part too, is the men joining them to do so – it really does require men and women, which make up society, to shape society. 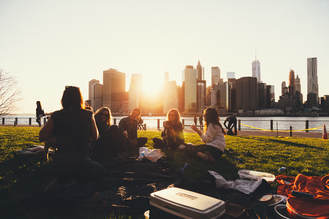 Relationship working (networking) is very important, and Brough's approach to this, inside and outside of work is to be really generous, and she strives to be that person that people enjoy working with. Refreshing to see someone focusing on what they can give.

Through her following her passion and bringing it to life in the form of Narrative Muse, Brough is grateful for, what she counts as her biggest success – the wonderful team at Narrative Muse. Brough says “It is mind blowing to work and connect with the most exceptional people, they are passionate about this project and truly believe in it”.
Life as a founder, storyteller, ponderer, change-maker, and entrepreneur can be full-on, and can certainly have moments of intense pressure and stress. To manage this, Brough has worked out a good technique.

She says that bringing it back to what really matters truly helps, and to clarify this when the pressure is on, she suggests you ask yourself “What is the most important thing for me?”. In other words “What is the perfect recipe for my happiness?”.

It can be easy to see the shiny side of entrepreneurial life, but it’s important to see things as they are. It’s a tough gig! Brough reminds us that when you are an entrepreneur that are a lot of sacrifices: time, money, relationships.  Your relationship with partner changes, because as entrepreneur, you work on something you are passionate about, it is always in your brain and hard to turn off, so you’re not always present, it can be all consuming. When it’s you driving the project or business, there are always things to do, you still only one life to live which is why Brough is so clear that you have to ask yourself that questions about what matters most, and set priorities – and you have to nurture your weekends, or downtime, whenever that is, and spend it doing what fuels you.

For Brough, this is a mix of social time, exercise, feeling like she is as knowledgeable as she can be on her key area,  as well as eating nutritious food and spending time with her partner. It’s this mix of work, life, passion, hard yakka, rest and creative time that lets her be at her best.
Inspiration for Brough comes from many places. Her creative community is a big source for this, their projects and passion fuels this -  the musicians, composers, painters, writers and more, their work, their views, it creates a groundswell.
We also loved the story she told of her step father, who comes from Texas “He doesn’t give a damn about anybody and they can go about things as they want. He doesn’t judge himself or anybody else, nor what they are doing” - what an awesome open-minded approach. She says that so much love comes from having that perspective - self-love, and trust that everybody he works with and connects with are doing their best, and being their best self. Let’s all embrace that!  ​​ 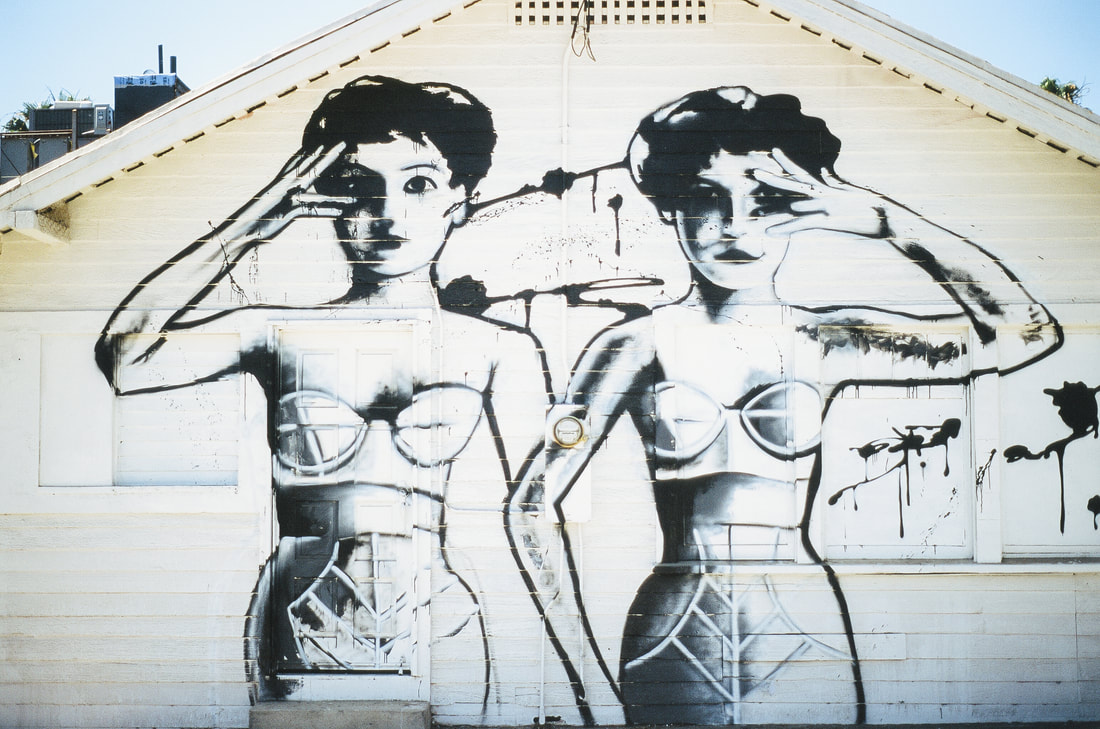 Interview completed by Kat - Summer 2017/2018
Watch this space! There's a tonne of content being moulded for you which will make it's way here in the coming months so be sure to flick us a LIKE on Facebook to keep up with the latest and greatest. Read the full list of stories here.